Combination of RFID tag and fashion 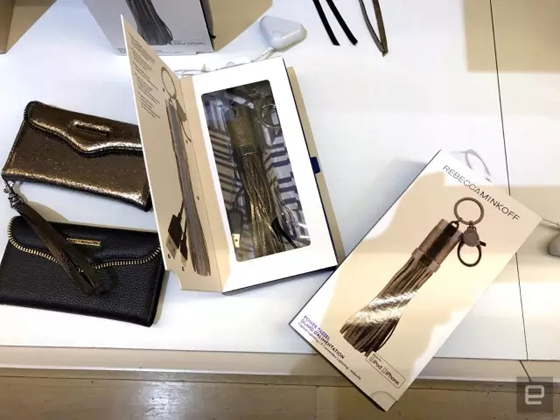 With the development of wireless technology, RFID is the earliest one.Patented by British inventor Charles Walton in 1983,RFID makes new cutting-edge technologies such as near-field communication (NFC) possible. Like NFC,RFID chips are used to store information digitally and then share information between objects through electromagnetic fields and radio waves.It may not be fashionable,but no matter how big companies see the real potential of technology. As a result,RFID has become ubiquitous in a wide range of industries in the past few years,including tourism,sports, and fashion industries that you won't expect.

Brands and retailers from around the world, known for their slow adoption of new technologies,have begun to use RFID for different purposes.Some are using it to help them fight counterfeits,while others are making in store shopping seem more futuristic.These are just a few examples.Last year,Rebecca Minkoff,a fashion designer,launched the RFID ATM feature at her boutique.The system includes RFID tags tied to items,such as clothing or handbags, and smart tables that can read and send product information to nearby iPads.The idea is to make you pay faster than a traditional cashier.

In most cases,Minkoff's self checkout works well,but it's really cumbersome when you have to wait for store employees to remove RFID tags from any product you buy.In other words,one of the main reasons why enterprises like to try RFID is its versatility.In Minkoff's store,the same RFID tags used to create faster settlement processes are twice as secure.For example,someone tried to leave without paying $500 for a wallet:once an individual tried to get out of the door,the chip would alert the clerk.

Although Minkoff's self checkout version is not like Amazon's planned automation for its future go store,which will provide a just walk out shopping experience,RFID may not have the same resources as technology giants.If you want to know why Minkoff doesn't just use NFC,it's because RFID is more cost-effective and provides a wider read range.Mark Roberti,editor in chief of RFID journal,said RFID tags were cheaper than NFC because of the "simple" antenna structure.NFC also relies heavily on Bluetooth,while RFID has no impact.

Moncler is another fashion company interested in RFID.However,unlike Rebecca Minkoff, the purpose of moncler is to crack down on counterfeit goods.Last year,the company announced that,starting from the spring and summer 2016 series, customers will verify RFID chip products through applications or websites.Thanks to the technology,each piece now has a unique ID that buyers can scan and within seconds find out whether their recently purchased clothing is legal.This may be particularly convenient if you buy second-hand or not directly from moncler.

According to a 2016 report of the organization for economic cooperation and development (OECD),the global trade in counterfeit and inferior goods is nearly one trillion US dollars.Therefore,the fashion industry can benefit from RFID and other technologies to verify products.That's why other fashion brands like Salvatore Ferragamo have been trying to use RFID since 2014.From the fall of 2014,Italian companies began to embed footwear and accessories with microchips.You can also go back to 2003,when Benetton,another Italian brand,revealed that it will put RFID tags on 15 million products,which is also a way to combat counterfeiting.

Meanwhile,Zara,the world's largest fast fashion retailer,is using RFID to better track inventory and repack faster.As the garment is embedded technology,each time it is sold,the warehouse will be prompted to send another same model or size.Zara is using the technology in more than 1000 stores around the world,according to the Wall Street Journal.The company points out that the main advantage is that the chips can be reused and the employees can save a lot of time.