5g and IOT in the world cup 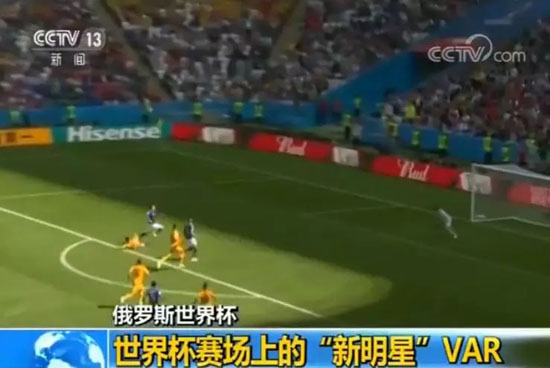 In 2018, the most exciting thing is the completion of 5g R15 standard and the opening of Russia world cup. When 5g meets the world cup, it indicates the beginning of digital transformation of football industry.
It is said that Russia's World Cup cost 14 billion US dollars, which can be called "the most expensive World Cup in history"
1:Largest mass MIMO deployment in Europe
As we all know, the football field contains tens of thousands of people, with the most centralized users and the highest communication density. Once the goal is scored, tens of thousands of people may communicate simultaneously, sharing happiness with their families and friends, which is a great challenge to the network capacity.
In order to ensure communication, Russian operators have deployed a large number of mass MIMO antennas in 11 venues,which is revealed to be the largest mass MIMO deployment in Europe.Mass MIMO is one of the key technologies of 5g,which is also deployed in 4G network.Massive MIMO deploys a large-scale antenna array on the base station side.Through beam shaping and beam control technology,it uses the same time-frequency resources to serve multiple on-site users at the same time,thus greatly improving capacity.
2:Var system with high speed and low delay
For the first time, VaR, video assistant referee system, has been adopted in Russia's World Cup.

VaR is a new set of auxiliary penalty system, which is introduced in addition to the main referee, two assistant referees and the fourth referee. Once the referee has any doubts, he can ask VaR for assistance. Var can provide reference to the referee through video playback, and help the referee to correct the wrong judgment and missed judgment.
What is var?

It has set up 35 8K HD cameras around the stadium and connected to the main control room through optical fiber and wireless network. When you watch the ball game, you can see that the referee sometimes puts his hand to his ear, which may be communicating with var. this information communication process is spread through wireless network.

It is reported that the main control room of VaR is not set in the stadium, but in an office in Moscow.Obviously,it needs a reliable, high-speed and low delay communication network to realize long-distance real-time transmission.
3:5g VR experience
Megafon,Russia's largest operator,has deployed 5g pilot areas in 11 cities where the world cup will be held,allowing participants to watch the event through 5g VR.They install multiple 360 degree HD cameras in each football field,4K video is transmitted to 5g CPE terminal in the test area through 5g base station,and then distributed to multiple VR helmets through WiFi network,so that the participants wearing VR helmets can watch the game immersively, as if they were on site. 5g VR is considered to be one of 5g killer applications,which embodies the high-speed and low delay service of 5g network.