The largest SIM card manufacturer will be acquired 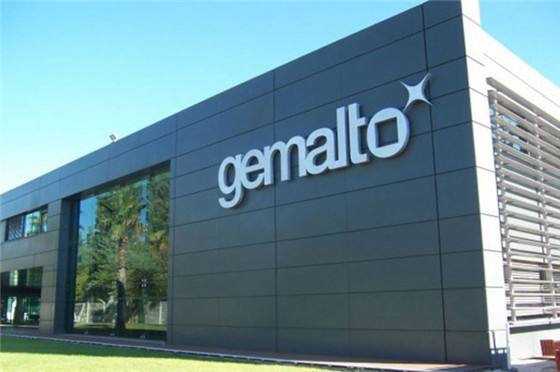 French aerospace company Thales SA and Gemalto SA from the Netherlands jointly announced that two sides have reached an agreement to buy for 51 euros a share for 4.76 billion euros ($5.6 billion)。

Gemalto,founded in June 2006,is a combination of Axalto and Gemplus,the world's two largest smart card manufacturers.It focuses on digital security.Gemalto mainly provides SIM card,EMC bank card,e-passport,NFC and other portable devices that can store applications and information,also with the premise of security.

As early as the 1990s,Gemalto's predecessor began to cultivate in China's telecom market and provide services for China's telecom operators.After the merger in 2006, the newly established Gemalto,based on the traditional SIM card business, turned its products into software and solutions,in which OTA technology was adopted.

In the 4G era, Gemalto is still providing SIM cards for three major operators in China.With the advent of bike sharing, Gemalto entered into a partnership with Moby bike on June 30,2017.Its cinterionm2m module and machine identification module are embedded in the Moby bicycle smart car lock, so that position data can be transmitted and the car lock can be controlled remotely.

For Gemalto, data security is always the core issue.

In February 2015, according to relevant documents and data provided by Snowden to the intercept in 2010,U.S.and British spies have hacked into Gemalto's internal computer network to steal the key used to protect the privacy of global mobile communications,these stolen encryption keys allow intelligence agencies in the U.S.and Britain to monitor the mobile communications of SIM card users without the permission of communication companies.

After the event, Gemalto acknowledged that the company's network may be compromised, but the impact of the intrusion activity is limited,Because it was the outdated 2G SIM card that was attacked. Since then,Gemalto has been more careful about safety.

Thales Sa's acquisition of Gemalto focuses on the  security products, which can help businesses and governments prevent data theft and identity theft.It is understood that in addition to Thales, another company named Atos SE is also planning to acquire Gemalto.Atos SE offer of EUR 46 per share.

For Thales,the acquisition of Gemalto marks a significant strategic extension of the former in data security construction.According to Patrick Caine, CEO of Thales, the merger aims to become the world's leading provider of information security solutions.

At present, Thales's acquisition of Gemalto has been unanimously supported by Gemalto's board of directors, but the final completion of the transaction requires regulatory approval, which is expected to take place in the second half of 2018.